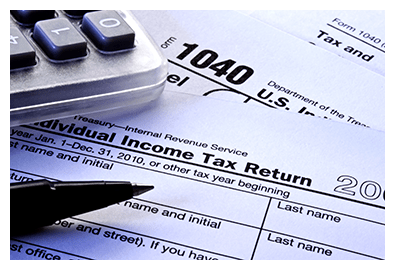 There is a widespread misconception that taxes can never be discharged in a bankruptcy. However, there are several instances where you can eliminate state and federal income taxes through a Chapter 7 or Chapter 13 bankruptcy. The tricky part, however, is making the determination prior to the filing of your case as to whether the particular tax obligation that you have will be discharged or not. In order to discharge your tax obligations, you must abide by the requirements laid out in the following three rules: the 3-Year Rule, the 2-Year Rule, and the 240-Day Rule.

The 3-Year Rule states that in order to discharge your tax obligations through a bankruptcy, the taxes must be due at least 3 years prior to the filing of your bankruptcy petition. Generally speaking, taxes are due on April 15th of each year. That means you would need to wait for 3 years from April 15th to meet the requirements of this rule.

Example: Tracy’s 2013 income taxes were due on April 15, 2014. If Tracy owed taxes for that year and wanted to discharge them in a bankruptcy, she would need to wait until at least April 15, 2017, to file her bankruptcy case.

In some situations, people file for an extension on their taxes and are given until October 15th to file their taxes. If this were the case, the new due date would be October 15th and you would need to wait until 3 years have passed from that date.

Under the 2-Year Rule, you must have filed your tax returns at least 2 years prior to filing your bankruptcy case in order to discharge your tax obligation.

Under this rule, the tax obligation that you are attempting to discharge must have been assessed 240 days prior to the filing of your bankruptcy case.

Example: John filed this 2011 tax return on April 15, 2012. Moreover, the taxing agency assesses John’s taxes the same day, April 15, 2012. Therefore, in order to discharge the taxes in a bankruptcy, John would have to wait until April 15, 2015, to file his bankruptcy (3 years from due date, 2 years from filing date, and 240 days from assessment date).

Should I file a Chapter 7?

Chapter 7 bankruptcies could be very beneficial for clients with tax obligations. After a client has ran the above analysis and determined the dischargeability of his or her tax obligations, Chapter 7 might be the next logical step. Let’s assume that Laura owes $20,000.00 in taxes and the entire portion has been determined to be dischargeable. If Laura acts quickly and files for Chapter 7 relief, she could discharge her personal obligation on that $20,000.00 without having to pay any of it.

Should I file Chapter 13?

To assist you in this analysis, please contact Sacramento Bankruptcy Lawyer at 916-800-7690 or by sending us an email and allow our highly trained bankruptcy attorney Pauldeep Bains guide you through this process. Mr. Bains deals with both Chapter 7 and Chapter 13 cases that involve taxes on a daily basis and is eager to fight for your case as well.

Call now and set up your FREE consultation and ask attorney Pauldeep Bains about your tax obligations and bankruptcy options.