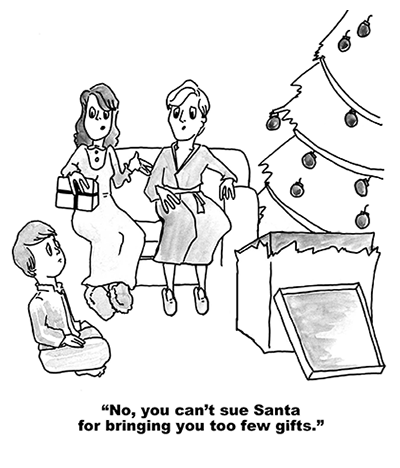 What is a civil lawsuit?

A civil lawsuit arises out of a dispute between two parties, which can be people, businesses, or even governmental agencies. The most common “dispute” people face is generally a monetary one. The purpose of the lawsuit would be to get a Judge to issue a court order stating the defendant owes the plaintiff X amount of money.

What is the process of a lawsuit?

A lawsuit is initiated by the filing of a summons and complaint (example of a contract complaint) with the court. The summons and complaint essentially lay out the grounds as to how the plaintiff believes he or she was harmed by the defendant. Moreover, the plaintiff lays out the legal theories that the defendant violated and how much he or she was harmed by this violation. Once filed, the plaintiff, the person initiating the lawsuit, must have the filed documents served on the person he is suing, the defendant. Once this has occurred, the lawsuit has officially been initiated and now the ball is in the defendant’s hands to defend himself.

Moreover, the plaintiff could also request that the Court dismiss the lawsuit depending on the particulars of the case. If the defendant does not file an answer within the prescribed 30 days, the Court could issue a default judgment against the defendant. A defendant judgment is a binding judgment in the favor of one party (in this example, in the favor of the plaintiff) based on the other party’s (defendant) failure to respond to the summons and complaint.

If the answer does get timely filed, the next stage is the discovery process, which is generally the longest portion of the lawsuit. It is during this time that the parties to the lawsuit gather the information that is needed to prove their allegations (the plaintiff) or defend against them (defendant).

One important part of the discovery phase is to gather witnesses that will corroborate your version of the facts. These witnesses can eventually be used at trial to show the Judge that the other party is incorrect and should not prevail. On the flip side, the other party can take advantage of depositions to attempt to show inconsistencies in the other side’s witnesses. Additional methods of discovery are interrogatories, requests for copies of documents, and requests for admissions.

If either party needs to explain a technical issue to the court that a layperson is unable to properly explain, the party would then seek out an expert witness to assist them in doing so. An expert witness is someone who has special knowledge in a specific field that can help explain a portion of the case. Generally, both sides of the lawsuits hire their own expert witnesses and then the court is left with determining which expert’s analysis is stronger and more relevant.

Moreover, both parties to the lawsuit are able to file pre-trial motions during the discovery process. Two examples of different motions that can be filed are requesting the court to dismiss the case or requesting that the other party turn over certain documents. Moreover, a party can motion the court to decide on certain issues to avoid having to deal with them at trial.

Once the discovery phase has been completed, which generally lasts a pre-determined amount of time, the trial begins. At the trial, the parties will now present their evidence, which can consist of documents, witnesses, expert witnesses, etc., in hopes of convincing the Judge and/or jury that they should prevail in this lawsuit. Once all of the evidence has been presented and each side issues their closing arguments, the Judge and/or jury will deliberate and issue a verdict in the case.

What happens if the plaintiff wins?

If the plaintiff prevails at trial, the court will now issue an order stating the defendant owes the plaintiff X amount of money. The plaintiff has different options on how to collect the money at this point, ranging from wage garnishments, bank levies, and/or liens placed on assets.

Settlement can be discussed at any time and by any party. Most cases settle before trial and have many benefits over taking a case to trial, most importantly cost, time, and the risk associated with trial.

Mediation is similar to settlement but it is done with the assistance of a neutral third party, known as the mediator. The mediator independently speaks to both parties and evaluates the strengths and weaknesses for each party. From there, the mediator attempts to assist the parties in reaching a settlement. However, a mediator cannot force the parties to reach an agreement.

Arbitration has similarities to both mediation and trial. It is similar to mediation in the sense that a neutral third party is used to resolve the dispute. It is similar to trial in the sense that the arbitrator will conduct an informal trial to come to a conclusion. It should be noted that parties that agree to arbitration generally cannot appeal the ruling to the Court.

Filing for bankruptcy relief is an often used alternative to going to trial. In fact, generally speaking, the filing of the bankruptcy petition halts the civil court process in its tracks by the implementation of the automatic stay. For example, let’s say you have been sued by a credit card company for not paying them the $15,000.00 that you owe them and they have now filed and served the summons and complaint on you. By filing for bankruptcy relief under Chapter 7 or Chapter 13, that civil case could immediately be frozen while your bankruptcy is active and upon receiving your bankruptcy discharge, the civil case would be dismissed with prejudice.

What should you do now?

Have you been sued? Are you afraid that you will be sued in the near future? If so, don’t waste another day and call Sacramento Bankruptcy Lawyer, at 916-800-7690 to set up your FREE consultation with local Sacramento bankruptcy and debt settlement attorney Pauldeep Bains. Mr. Bains has spent his entire legal career assisting people to file for relief under the bankruptcy code and representing them in settlement negotiations with creditors.