What is the Means Test? 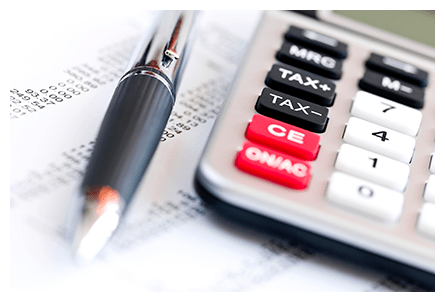 The Means Test is an addition to the Bankruptcy Code that Congress implemented in 2005. The reason for this addition was to prevent potential bankruptcy filers from abusing the system. The fundamental principal of the Means Test is to determine whether your income is low enough to file for Chapter 7 relief. If your income is too high, your alternative option would be to file for Chapter 13 relief.

How does the Meant Test operate?

The Means Test is broken down into two separate parts.

Now, if the debtors’ annual income is less than the median family income for their household size, the presumption of abuse does not arise and they are done with the Means Test. It has been determined that their income is low enough to file for Chapter 7 relief and they do not need to move on to the second part of the test. It is important to note, however, that even though they are eligible for Chapter 7 relief, they still want to make sure that Chapter 7 is in their best interest rather than Chapter 13.

On the other hand, if it is determined that their annual income is greater than the median family income for their household size, they will need to continue to the second part.

Second Part – The second part of the Means Test gets much more complicated. This portion of the test is where the debtors deduct certain expenses from their income. Some examples of these deductions are federal income taxes, out-of-pocket health care expenses, and mortgage payments. Once all of the allowed deductions are subtracted from their income, the debtors are left with a figure that depicts their monthly disposable income.

If I file for Chapter 13, do I still need to complete the Means Test?

Yes. The basics of the test are the same as if you were in a Chapter 7. You start with the first part of the test. Here, however, if your annual income is less than the median family income for your household size, you would not be required to pay any amount to general unsecured creditors in relation to the Means Test. You would qualify for what is known as a 0% plan, meaning that general unsecured creditors would receive no less than 0% in your Chapter 13 plan. Moreover, this also shows that you have qualified for a 3-year plan and would not be required to enter a 5-year plan. You would now be done with the Means Test and would not need to complete the second part.

On the other hand, if your annual income was greater than the median income for your household size, you must move to the second portion of the test. One thing that this determines is that you must now enter into a 5-year Chapter 13 plan and are ineligible for anything shorter. Moreover, this also means that you could be required to pay a certain amount to the general unsecured creditors.

The Means Test is a very complicated and detailed portion of your bankruptcy filing. Completing the test accurately is imperative and every line of the test can be the difference between money in your pocket and money being paid to creditors. Prior to filing for bankruptcy relief, it is crucial that you speak with an attorney who is highly competent in the nuances of the Means Test as well as the different chapters of bankruptcy. Attorney Pauldeep Bains is an accomplished bankruptcy attorney with extensive experience and knowledge in providing his clients extraordinary results.

Contact Sacramento Bankruptcy Lawyer today at 916-800-7690 for your FREE consultation.